Forewarning, this is a monster blog post but it has to be because this wedding was actually printed in BRIDES magazine!!!

(Here is the digital article from BRIDES This is what it looks like when you book me for an entire wedding weekend.  Rye and Charlie had me come down to San Miguel de Allende (go RIGHT now) and shoot their incredible two day wedding event this past fall and let me first say that everyone knows that I had a good time once the tequila started being pushed into my fingers during the reception and confetti started raining from the sky. Such a travesty to be half Dominican and not even have half the dance skills that are supposed to be inherent. I feel robbed. Here is the last shot of the night (before I photographed the exit and rode away with Rye and Charlie in their VW bug after a 18 hour work day). If that didn’t make you want to hire me right now, I don’t understand.

Tucked into one of the many painted houses, I spent my weekend in SMA chasing Rye down cobblestone streets with my camera, dancing with a donkey in a tequila parade (a pre-wedding Mexican ceremony) and stuffing my face with hazelnut pies and tacos with my right- hand woman and little Mexican nugget, Ana. This bitch was wearing nothing but sweatpants for a week after as evidence.

A note on my second shooter, Ana Hinojosa. I NEVER EVER EVER use second shooters. Because I’m a control freak and I  already have kids at home and dont want to babysit, but I knew that this wedding was going to be a beast and I wanted the best. Ana is everything I ever wanted in a second shooter. An incredible photographer in her own right, she not only murdered some wedding photos with me but she also was my constant companion, my tequila drinking buddy and now my forever friend.

I fucking love you Ana. I had so many amazing moments at this wedding among which are the tequila donkey parade, our sunrise bridal session over SMA, oh! and who can forget  Myriah beating the shit out of  a 5 foot disco ball piñata and snapping her stick over her friends face (photos in receptions section below).

I also kissed the bride myself and can testify she’s a keeper. Thinking it over, we might actually be legally married in Mexico because immediately after she fed Charlie the first slice of wedding cake, she walked over and fed me a bite as well. And here is one of the last shots of the night, me and Rye having a weird dance hug. I can’t imagine this reception ever being topped, but I do dare you to try. And make sure I’m there. That last part is important.

So now, I leave you to enjoy this Jimi Hendrix inspired Mexican disco wedding. 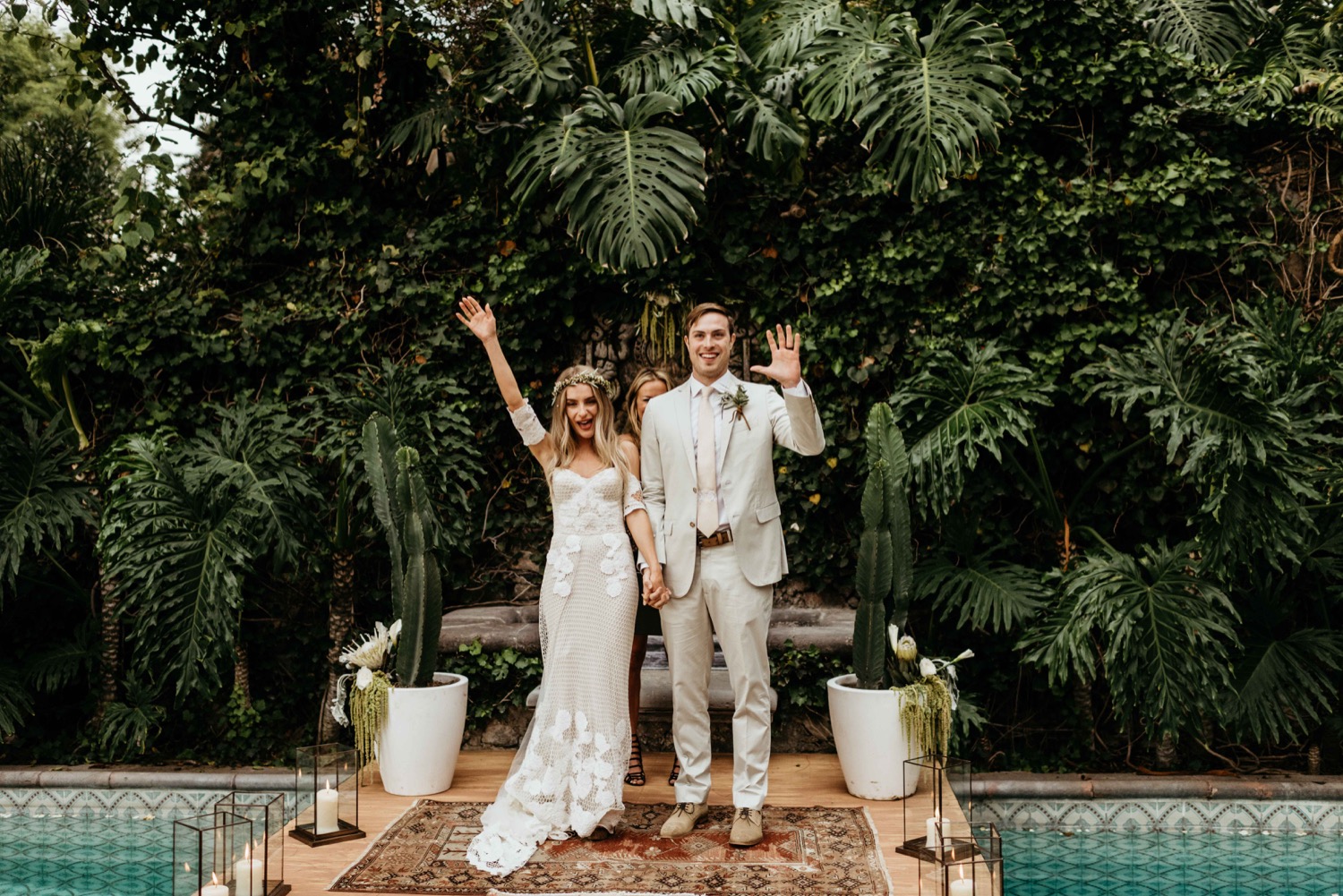 Your Narrative blog will appear here, click preview to see it live.
For any issues click here

Just saving this tab for non-stop inspiration in every damn way. Dream day on every level. Way to go, girls!!

What a wedding, this wedding was a beast by all means, did you say Jimi Hendrix inspired Mexican disco wedding?
Great work girls. A true work of art, seems like almost every image is good enough for Vogue.

I love the way you portray everything here in their wedding. Looks so dynamic and magical. Such a great of inspiration. Thank you.

Laurken. GOOD LORD. It’s so good it makes me want to cry and then throw up

youre so sweet woman, thank you so so much.

SPEECHLESS. THERE.ARE.NO.WORDS. This is STUNNING.
Also, do you know where her getting ready robe is from? It’s perfection

truly a work from the heart. you nailed it, friend. xx

This is the most beautiful thing I have ever seen. The bride’s aesthetic and the way you captured it… absolute perfection.

Just cry face emojis. All around. You’re honestly so incredible. I’m so happy i got to marry you both. Hahahaha WE LOVE YOUUUU