I rank cities according to food and I will have to say that Denver is probably number 4. I had some of the best thai food in that city and the ice cream—–I cant even think about it because I’ll start mourning. I am something of an ice cream aficionado and I eat it in every city I go to. Seattle is still number one for their plant based ice cream spot Frankie & Jo’s where I always eat a scoop of Ginger Golden Milk with a scoop of California Cabin. I’m not even vegan and I want that as my last meal.

Joella is a genius. She was finishing up with her law degree from Columbia at the time of her wedding. Smart, beautiful, kind. She is the executive package where I’m more of an economy. One of my favorite things about her and Jay is the proposal story which starts when they first met and goes like this, three two one:

Once upon a time, Joella’s friend “accidentally” took her MacBook charger(all inferences made in this story are alleged until proven). She sends Jason, a handsome artist man stranger to return said charger to her dear friend Joella. Was this a set up? We may never know. I have my suspicions but this doesn’t seem like the time. At this point, the two set eyes on each other, bought a cat, then Chico the dog and mounted a love unicorn to travel the world. Time flies by quickly in a montage scene of laughing and moonlit strolls and two mouths, one croissant and we find ourselves a year before the wedding. This is where things really come full circle. Jason gets down on his sculpted knees and holds out Joella’s old MacBook charger to, what I can imagine, is her total confusion/embarrassment/possible horror because he seems to have lost it and then he cracks that baby open to reveal he has converted it into a ring box. Joella’s eyes go all sparkly and Jason’s chest puffs in a way that identifies him as proud but not toxic. She says she will and then I’m with them a year later when she says ” I do.”

Beautiful, kind, compassionate human beings. I am honored to have been chosen by you.

Getting Ready Hotel: The Ramble Denver 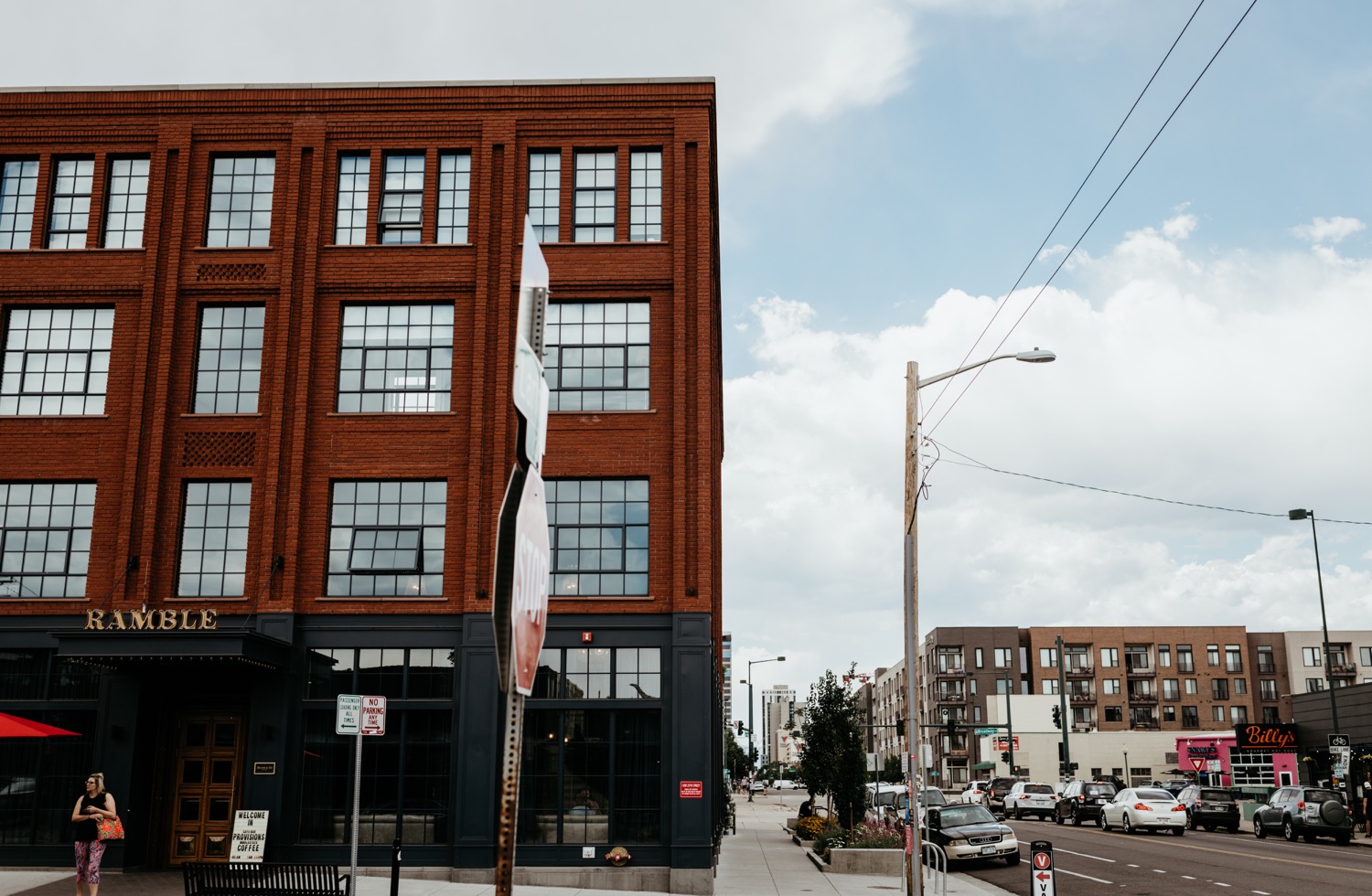 Freaking amazing Laurken! I love how you capture the fullness of a day, magic.